The deeper meaning and vibration of brand names 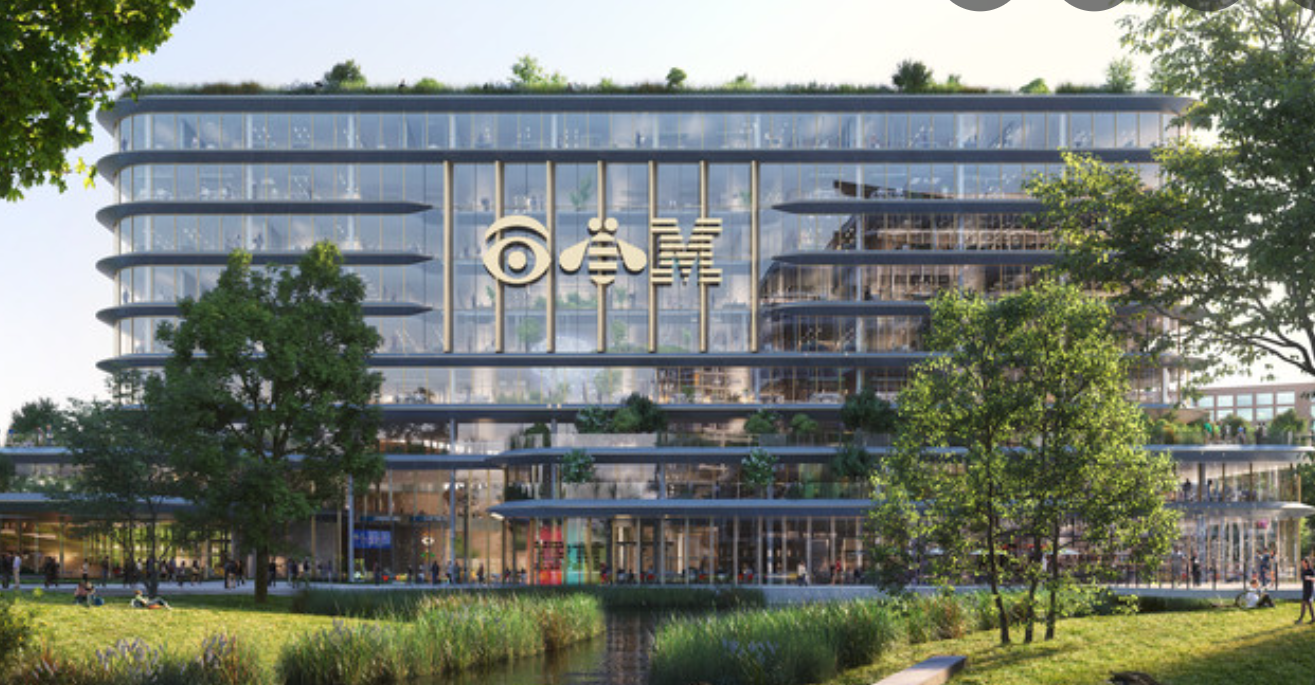 Have you ever wondered if there’s a deeper symbolic meaning to brand names? Or if each name has a specific intended vibration? I believe so and I’ve recently implied so with the article “Do symbols have an effect on the body?” and my video “The body can read your intentions”.

Let’s start with the most famous brand “Google”. What does the word mean? It appears to be a mix between the words Googol and Goggle. In mathematics, the word Googol means an incredibly large number, one digit followed by a hundred zeroes. The word Goggle or Goggly-Eye refers to peering eyes as for example found in certain underwater species. From it we also get the swimmers “goggles.

The invented word “Google” then, means “an incredibly high number of peering eyes“. And that’s precisely what it is! Numerous people peering into the world (and being peered back at). It’s a brilliant word creation.

Here’s where it gets wild: You can do this with every brand name to unveil intention, imprint and meaning. Is it deliberate or coincidental? Sometimes, especially with smaller brands, it’s subconscious. A person may not consciously know what they are doing, but subconsciously they are still communicating. The Logo and Brand Name set the tone. The ancient Greek word “Logos” is defined as “ground”, “word”, “plea”, “opinion”, “expectation”. A word is spoken and that word provides a ground on which to stand, forming an expectation, creating a reality. In my Coaching work with small Businesses I stress the importance of the name and logo because “well begun is half done” and “success is in the seed”.

With larger brand names, name choice is mostly deliberate because more is at stake. Some companies modify their logo until they hit the mark. But even with subconscious brand-name choosing one can often learn what a company is about by “feeling out” their name or logo. I sometimes choose or reject a company merely based on the “vibe” of their name. I chose my dentist because her name has a positive meaning in the context of dental health. Names and vibes effect our choices in life.

Sometimes a success-intention is placed into a brand-name that isn’t noticed by the general populace. When Bill Gates named his operating system “Windows” it was probably a wordplay on Win Dos. His operating system was called Dos and he wanted it to Win. I’m just speculating here, but it’s not uncommon for people to put reality-creation-intentions into their brand names and logos. I put a Galaxy-like swirl into my Logo to create a sense of energy and motion. It’s interesting that both the names Gates and Windows point to things that can be closed or opened. He allegedly founded Microsoft with his friend Paul Allen. The word “Allen” in German means “Everyone”. Combining Gates and Allen, the name is “Gates to Everyone”. And that’s exactly what Windows became.

Now we’re not just talking about brand names anymore but peoples names. But famous people are also brand names and sometimes their stage or public names differ from their real names and are chosen with a purpose to manifest something. All these big brands and CEOs are aware of reality creation and imprint their will into the brand name.

Let’s look at the word Amazon. According to Greek Mythology the Amazons were female warriors that did not accept men among their ranks. Somehow I doubt that was the intention when choosing the name. Conspiracy-theorists say that it refers to “a mason”, meant to indicate that it’s secretly run by freemasons. I don’t think that’s the purpose of the name either. Calling your company “a mason” is weak reality creation, it doesn’t fulfill a purpose. I have another suggestion, derived from looking at the logo: 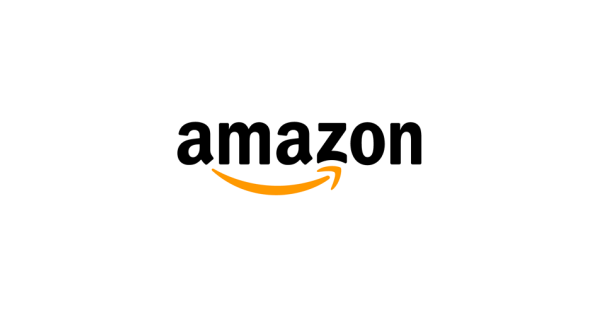 There is an arrow pointing from a to z. That shows that they intend to deliver everything from a to z. If we get all subtle about it we could also say the a is pointing to the o, as in AO, “the Alpha and the Omega” (God). What a megalomaniac agenda that would be! I’d reckon the real intention-imprint is “a to z”. What Amazon really does is to amass everything in one place. Get it? Amass-one. LOL, ok, maybe that’s a stretch.

Let’s have a look at Samsung. At first it reminds me of Samson, the biblical character of great strength and endurance. That’s why the suitcase brand is called Samsonite – they’ve imprinted their brand with strength and endurance. But then I found out it means something else entirely. According to its founder, Samsung means “three stars.  The founder is quoted saying: “The word three represents something big, numerous and powerful, while stars means everlasting or eternal like stars in the sky”. Wow! What an imprint!

Apart from imprinting intentions many companies also imprint spiritual and occult meaning into their brands. The “three star” of Samsung probably also has a hidden meaning that I’m not aware of. Most people would be surprised at how seriously all these big-brands take their symbolism, numerology and metaphysics. They know that this world is a dreamlike ocean of energy that responds to imprinted intention.

Economists rank the company Apple as the most valuable brand of all time. Their logo is the bitten apple, an obvious reference to the “knowledge” gained when Eve bit into the Apple at the beckoning of the serpent. Thus, Steve Jobs placed his hopes of success in Lucifer, adversary of God. You’d think that this would be really bad publicity in America, where 75% of the population identify as Christian, but the people (most which own an iphone) don’t seem to notice. The bitten Apple is not the only reference. The founders names are Steve Jobs and Steve Wozniak. Steve means “Crown” in old English. The ancients knew Lucifer as the one who crowned himself. Wozniak is polish and means “carrier” or “driver”. Thus, one does the Jobs of the Crown, the other is the carrier of the Crown. The ancients also knew Satan as a one-eyed creature. Hence Apples main products are the iphone (eye-phone) and ipad (eye-pad). And if things couldn’t get more obvious, their virtual assistant is called Siri, which is Iris spelled backwards. OK Steve, we get it!

Steve Job Lucifer-imprint seems to have worked. Apple became the #1 brand of all time. I wouldn’t recommend that kind of imprint for your Business though. Reality Creation is “success without strings attached” 😉

And then there are brand names that appear to be trolling or mocking people. There is a popular antipsychotic drug called Nuplazid that is taken for depression, psychosis and schizophrenia. New placid? Seriously? Another anti-depressant is called Zoloft. So lofty. Really? These names were no doubt created by smart marketing-geeks. The thing is that most people don’t consciously notice. The names bypass conscious reasoning and communicate straight with their subconscious. Some people believe that it’s the subconscious aspect that makes them effective.

Elon Musk is cheeky. The logo of his company Tesla has the shape of a uterus and his rocket company SpaceX sounds like Space Sex. Coincidence? I doubt it. Either Musk is having a good hearty laugh or he knows that subtle sexual symbolism can generate attraction to the brand or its association with “sexiness”. Again the process is subconscious as most people won’t notice. Here’s a list of the most valuable brands of all time, see if you can figure out some of the deeper meanings and vibes for yourself.

Some imprints are really smart, such as Verizon. Get it? It’s not the Horizon, which is the horizontal line in the distance, it’s the Verizon which is the vertical line upwards. Thus, people who wish to move upwards in life (pretty much everyone!) are attracted to the brand.

Nivea is really smart and subtle too. I admire the brilliance. “Niv” is associated with “New” across several languages. “Ea” is an old word for “Earth”. We also have the “ea” sound in many other words that all have a positive connotation: Heart, Eat, Easy, Health. Great imprint. It also sounds similar to the German word “Niveau” which means “level” and “height”.

There are no exceptions on this list, every name and logo has a metaphysical imprint. Sometimes it’s subtle and abstract. “IBM” for example, appears to have no metaphysical meaning, unless you know what this series of symbols means: I wish to inspire a closer look at names and symbols, thinking about imprints into our dreamlike world and how they manifest intentions. Words having vibration applies not only to brand names, it applies to all names. An example: The word Government derives from Govern which is greek for “to guide” and “mente” which is latin for “mind”. To guide the mind. Either you guide your own mind or the Govern-ment will do it.

Your name is also an imprint. What does your name mean? My name is Frederick, which is “peaceful” (frede) and “victorious” or “rich” (rick). That’s a fortunate imprint.